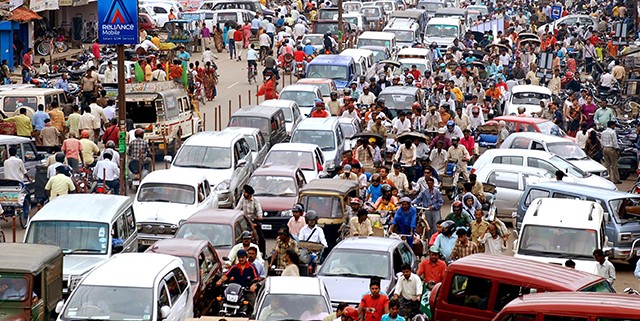 With a population of 1.2 billion, India is the largest democracy in the world according to a survey by Forbes magazine, coming after the United States and China. India has also the most billionaires in the world. According to the results of “World Economic Outlook Database”, prepared by the IMF on October 6 2015, India is the world’s third largest economy ($ 8,027 trillion).  Does this make India rich? Until 1947, before independence, there was almost no billionaire. The question that should be asked is closely associated with the development history of India.

UNDP’s Human Development Index that is prepared annually continues to research India for the last fifteen years. In 1991 India was ranked 133rd , and in 2016 out of 187 countries, it still ranks #130.  With a large population and a small minority benefiting from economic growth;UNDP data also shows that 2.8 billion people try to maintain their lives with 2 American Dollars per day.

The failure to develop a health and education system to cover large audiences in countries like India, cause no improvement within human development index. In fact, India’s Human Development record works in a way our planet functions. 35% of the world ‘s third largest economy represents a group between 5-24 years of age, about 430 million people. The Indian government will allocate an expenditure of only 3.4% on education from the state budget. This fact alone can indicate how little India spends time on human development and inclusive growth.

Want to join the discussion?
Feel free to contribute!