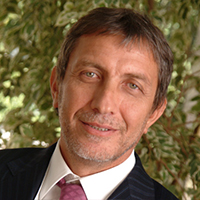 Graduated from METU – Department of Economics and after a short experience of advertising and banking, Vural Çakır took place in the foundation of Zet Research Company. After the merger with ACNielsen in 1993, he became the trading partner and the general manager of the company until the end of 2000. He founded KMG Marketing Services Group in 2001 and acted as president of this group until 2007. In 2007, a partnership was established with Ipsos which is the second largest research company of the world and which has also acquired Synovate in 2011.

He acted as the CEO of Ipsos Turkey and as the member of Ipsos Global Management Council until the end of 2015. After selling all his company shares to Ipsos, he pioneered the establishment of INGEV in order to work in civil society field. Substantially, he continues his works in the field of human development and supports innovative entrepreneurships. Having many articles published in various business magazines, Vural Çakır gave lectures at Bilgi University, Adschool Marketing Communications Master Programme between 2008 – 2013. Also former president of Turkish Researchers’ Association (TÜAD), in the meantime, Vural Çakır is the author of two books named “Geleceğe Dokunuş” (Touching the Future) and “İş Hayatının – Okulda Öğretilmeyen – 21 Gizli Kuralı” (21 Secret Rules of Business Life – Not Taught at School)